It’s a well-known rule of etiquette in the Hospitality Industry to never smirk at the customer’s suggestions. Although, admittedly this rule was brought to practice only before a few years, it has seen wide approval and appreciation among diners, who earlier used to be quite mortified while ordering foreign cuisines.

For example, a Spaniard could find it tough to order something off the menu card of an authentic Brazilian restaurant. Smirking at him while he is clearly struggling with finding a dish that will suit his tastes will not only come off as arrogant and un-helping, but also give a bad name to the restaurant as being simply “unprofessional”.

The word etiquette might sound to be outdated to many, but someone who follows etiquette sends powerful messages to people around him. These messages are positive in vibes and make people respect you more. People tend to change their behavior and approach around those who are well-mannered and observe social etiquette.

In many ways, etiquette simply means respecting others the way you would expect others to respect you. It’s important to know that when someone greets you, he thinks highly of you. A big part of that gesture is based on his belief that you are an amiable, social person who would respect him back.

It’s not only about greeting someone or responding back to someone’s greetings. It’s also about how you conduct yourself while having a conversation with your co-workers. Simple things like not looking at the person while talking to him would give an impression that you value your company’s job more than the people who are building the company.

How to Gain Respect at Workplace

●      Greetings − Giving a formal acknowledgment of someone’s presence by greeting him is an excellent way of establishing rapport with new people, and maintaining good working relationships with old ones. A “Good Morning/Afternoon/Evening” initiates a positive thought about you in the minds of clients, business partners, or co-workers, irrespective of their ranks.

●      Respect − In many ways, respect can be compared with attitude and a change of approach. We don’t act just as we please when communicating with someone we respect. When you respect another person, you acknowledge the fact that he is an important person. There is a tendency in people to respect only those who have authority, or those who are top performers. However, every co-worker deserves respect, irrespective of his job performance.

●      Practice Active listening − Managers are now encouraging more input-sharing from team members, so that they learn the value of contributing to the conversation and listen carefully to each word that is being discussed. Every person’s point of view should be taken into consideration, even if that person is not an expert on that topic, unlike earlier days, when an opinion coming from someone not a subject matter expert would be immediately rejected.

●      Respect your Co-worker’s Property − Disrespect towards co-workers could also come in the form of not respecting their privacy and encroaching upon their personal space. Taking a stapler from someone’s desk without permission and knowledge of the owner, sitting on someone’s desk and using someone’s chair without asking first, are all examples of disrespect to the co-worker.

●      Respect the right to own Beliefs − Most companies advocate having people from different backgrounds, ethnicities, religions, abilities, and traditions to work together in the same organization. It has been observed that a diverse working place brings more stability to a working place as everyone feels included in the workplace. It also prevents the formation of lobbies. However, it’s important that the beliefs and values of these people are respected. The yardstick should be performance and professional behavior, irrespective of a person’s background.

●      Being Politically Correct − Political Correctness is the art of conversation where tough messages can be given with the right choice of words, taking great care not to offend others or sound discriminatory. When communicating to co-workers, it’s essential that proper emphasis is put on using words that might not create a potentially insulting situation. Unfavorable words, even if mentioned unintentionally, would create a hostile environment and breed negative attitudes in the minds of people who felt discriminated against.

●      An example to demonstrate political correctness is to address those with hearing, visual, mobility impairment, and any other disability as “persons with disabilities” instead of “disabled person.” The difference in both the terms is that a “disabled person” sounds like someone with serious limitations, however “person with disabilities” sends the message that the person is quite capable, and all his disabilities are linked to their bodies only. It’s the same reason for which the word “challenged” is preferred to “impaired” (e.g. hearing challenged instead of hearing impaired). This is used to separate a physical disability from a person’s individual capability. 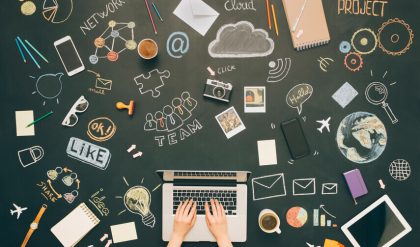 Obligations to the Firm