On the first attempts to reconcile the short run and long run consumption functions was by Arhur Smithies and James Tobin. They tested Keynes absolute income hypothesis in separate studies and came to the conclusion that the short run relationship between consumption and income is non-proportional but the time series data show the long run relationship to be proportional.

The latter consumption income behaviour results through an upward shift or drift in the short run non proportional consumption function due to factors other than income. Smithies and Tobin discuss the following factors:

Tobin introduced asset holdings in the budget studies of negro and white families to test this hypothesis. He came to the conclusion that the increase in the asset holdings of families tends to increase their propensity to consume thereby leading to an upward shift in their consumption function.

Since the end of the second world war, a variety of new household consumer goods have come into existence at a rapid rate. The introduction of new products tends to shift the consumption function upward.

Since the post world war there has been an increased tendency toward urbanisation. This movement of population from rural to urban areas has tended to shift the consumption function upward for the reason that the propensity to consume of the urban wage earners is higher than that of the farm workers.

There has been a continuous increase in the percentage of old people in the total population over the long run. Though the old people do not earn but they consume commodities. Consequently, the increase in their numbers has tended to shift the consumption function upward.

The growth of social security system makes automatic saving and guarantees income during illness. Redundancy disability and old age has increased the propensity to consume.

Average real wages of workers have increased and they expect them to rise in the future. These cause an upward shift in the consumption function. Those who expect higher future earnings tend to reduce their savings or even borrow to increase their present consumption.

Each point such as A and B on the CL curve represents an average of all the values of factors included in the corresponding short run functions, CS1 and CS2 respectively and long run function, CL connecting all the average values. But the movement along the dotted portion of the short run consumption functions, CS1 and CS2 would cause consumption not to increase in proportion to the increase in income.

The great merit of this theory is that it lays stress on factors other than in income which affect the consumer behaviour. In this sense, it represents a major advance in the theory of the consumption function. However it has its short comings.

The relative income hypothesis of James Duesenberry is based on the rejection of the two fundamental postulations of the consumption theory of Keynes. Duesenberry states that

(2) That consumption relations are irreversible and not reversible in time.

In other words the tendency is to strive constantly toward a higher consumption level and to emulate the consumption patterns of one’s rich neighbours and associates. Thus consumer’s preferences are interdependent. It is however differences in relative incomes that determine the consumption expenditures in a community. 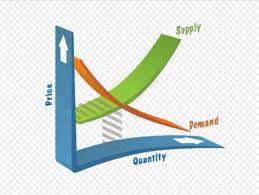