One of the biggest challenges businesses face today is positioning their products and services for maximum marketability. In most industries, all the players have access to basically the same technology and resources; thus, the products they turn out are very similar in terms of features, benefits and pricing.

In such a climate, how does a sales rep get an edge? The best way to stay one up on the competition is to become proficient at selling value instead of price.

Sales training is an integral and fundamental part of the business operational cycle. Improperly trained salespersons often end up providing false assurances, and erroneous commitments that the management later finds too expensive to repair.

There’s a saying, “A good sales-person is the one, who sells a comb on a profit to a bald man, making the man feel good about it.” In the present scenario of unemployment in countries like India, there is an emerging scope for a good salesman with many top-notch employers.

In a Corporate organization, be it small or huge, there is a key position called the Sales Manager that the bosses love the most, and they implore their HR department to leave no stone unturned in hiring the most suitable person for that position.

The prime duties of a Sales Manager include −

●      Being Involved in the Hiring and Firing Process

Apart from all the above-mentioned duties, the most important role of a Sales Manager is to provide Sales Training to the members in his team. This training will help them in delivering their targets and prove their productivity. 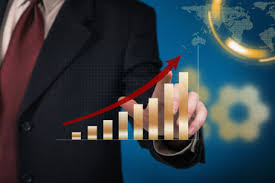 The Seven Steps of the Sale