This is where things get a bit hazy. Design Thinking and all that it stands for today did not directly come out of the history Design thinking was a realisation through the evolution of different (collaborative) design process methods that were developed to improve and extend design to other areas of practice.

What happened from the mid 1980’s to date was a race to discover new methods for improving business, service and design. Each methodology can be traced through history and analysed independently should you wish to interpret historical readings in context of the method under investigation. I will highlight an example of what I mean as we move along.

The purpose of analysing this period was to understand the evolution of major design process methods and to discover from this evolution the moment when design thinking was realised as a new approach and a way of thinking that underlined all other methods before it. It must be noted that through this development there was no clear linear progression of methodologies that arose, as many were developed at the same time in different faculties and industries. I have taken through much reading a very generalised approach at attempting to create a chronological understanding of the evolution of major design process trends. The purpose of doing this is to objectively clarify the history and evolution of design thinking which has been muddy and conflicting to date.

And it all started with….Participatory Design

In the early days, participatory methodology was seen most commonly in urban planning until recent developments in design gave this method its name.

For example; If you want to get nit picky about history, participatory design can be traced all the way back to Plato’s Republic.

Plato was known to seek advice from his people

Grass roots democracy was once the heart of participatory methodology and is an established method used for centuries for the development of a harmonious society. here we discuss how this and other methods (each with their own unique history) have come together to form the evolution of design thinking.

Back to the Future

The timeline of Participatory Design

As PD progressed into the 1980s, it became synonymous with the emerging field of interaction design. Many of the techniques used in PD were borrowed from science, such as usability testing. Others included mock-ups, prototyping and even role playing.

The Pitfalls of Participatory Design

One of the main disadvantages of participatory design is its negligence towards user experience and stakeholder input. Usability was king, but emotional response to gadgetry was largely ignored. In many instances user testing was abandoned, when users decisions conflicted with those of the stakeholders and the designers.

The most significant contribution to the transformation of user development in design was introduced by design theorist Donald Norman. Donald re-defined participatory design into what he coined as user-centered design. User testing became less about usability and more about a users interests and needs. Norman favoured user-control and humanised participatory and system design by “making things visible”. This was to ensure users could discover errors and have control over resolving them.

Donald Norman aka The Godfather of User-Centered Design

Another significant shift in ideology from participatory to user-centered design was the placement of user at the center of the development process. It highlighted the benefits of understanding user experience over user testing. Owing some of its methodology to behavioural sciences, user-centered design emphasised experience over efficiency and adopted a more humanistic approach with the involvement of the user throughout the development of a product or system.

The differences between PD and UCD

User-centered design grew out of speculations towards elevating users from guinea-pigs to co-developers of systems during the participatory trend. This new methodology incidentally spread into broader areas of industry and practice.

‘[it] Draws on several traditions including product, environment, experience and interaction design”

Kimbell and a few other scholars discuss a new perspective rising in business; from a closed value chain (i.e: we punched out a product we tested on some monkeys and know it works so we can forget about it) to understanding how and what the user **does** with a product (or service); including their journey and experience. This perspective is another  step forward in the evolution of design methodology, for rather than thinking about end user experience of a product or service (user-centered design) attention has shifted to understanding the use, interaction and journey of that product/service after it has left the hands of the provider.

So now we find ourselves labelling all products and systems as one service unit. argues that the distinction between a service and product becomes irrelevant, for everything is a type of service that plays a role in ‘value creation’ Furthermore, service design extended the definition of the ‘user’ to include all stakeholders and individuals affected or interacting with the service system.

It was with this new approach to product/service systems that the idea of a holistic mindset was made evident. And the holistic mindset behind service design owed much of its development to Ezio Manzini through his research in service marketing and meta-design. Additionally, many of the methods used in service design today have been borrowed and adapted from anthropology and marketing.

Most importantly, it is the holistic perspective of service design that distinguishes itself from all previous design methodologies. Rather than focusing on the ‘end user’ (the customer: marketing/user centered and participatory design), service design seeks to collaborate with all users of a service; building relationships between stakeholders to open up communication for the exchange and development of value and knowledge.

Since the early 1990s, human-centered design and user-centered design were often interchangeable terms regarding the integration of end users within a design process. Like many other design methodologies, human-centered design first began within technological and product system industries and was growing under human centered interaction (a method that is still in use). Human-centered design only started to evolve around the late 1990s, when the development of methods described above shifted from a techno-driven focus to a humanised one.

It was also at this point that we found ourselves with a design methodology that was manifested as more of a mindset than a physical set of tools. William B. Rouse discusses the ideology of the mindest behind HCD in his book, Design for Success: A Human-Centered Approach to Designing Successful Products and Systems. His definition of HCD is philosophical:

Despite contextualising his defintiion within the field of systems and product engineering, Rouse introduces a broader perspective of the ‘user’- one that is closely related to service design but situated in a broader, more socially conscious arena. In its final (and current) phase of evolution, HCD is seen to hold potential for resolving wider societal issues.

HCD is a mix of meta design and service design but closely related to anthropology. It is used more generally in social development than service development.

The broad holistic perspective introduced in service design allowed for human-centered design to redefine its meaning. Coupled with significant social and environmental disasters, it was appropriate after the turn of the millenium that HCD transformed from a method to a mindset, aiming to humanize the design process and empathize with stakeholders. The mindset approach of human centered design re-introduced design thinking, but this time as a mindset used a method for interpreting wicked problems.

It is interesting to note that the shifts in design theory and practice that have occured since the methods movement in the 1960s have mirrored one another. Design-as-science trend of the 60s and 70s sit opposite and reflect the methodical inquiry into process methods of the 1990s. Similarly, cognitive reflections in design theory during the 1980s reflect (and sit opposite) the mindset movement we are moving through now. Though this may not have been the best way to depict the timeline of design theory and thinking (infodesign nerds get off my back), I chose a circle to deliberately highlight these reflections and the very fact that we have almost come full circle. If this pattern is correct, we should find ourselves moving back into a scientification (did i make that word up?) of design, and it seems to me that we are already beginning to shift into it; as developments in neuroscience turn attention to design thinking for study. 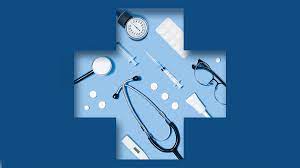 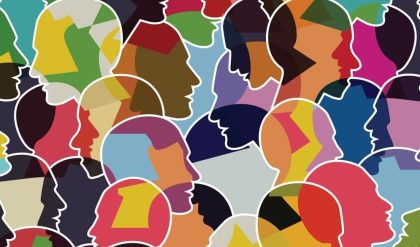 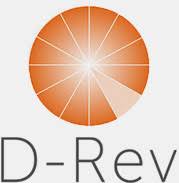