Wasting time during an interview can cost you more money than you might think. Use this guide to improve your interviewing technique and avoid making hiring mistakes.

At first blush, the job interview can seem like a simple enough meeting to conduct: shake hands, make small talk, ask questions, and compare the candidates. But how do you keep from hiring someone whose best skill is coming off well in a job interview?

“There’s actually a lot of preparation that goes into a good professional interview,” says Janis Whitaker, the author of Interviewing by Example. “Most people can’t wing it off of the top of their heads.”

The cost of a bad hire is steep, and it’s not just the wasted salary that’s expensive. Severance payments, training time, potential customer problems, and recruiting a replacement are all items that you’d prefer to leave out of your budget. Many experts estimate that the cost of a bad hire exceeds the annual salary of a position.

To prevent your company from making an expensive hiring mistake, it’s important to have an intentional process for conducting interviews. Here’s how to formulate questions and develop a process that will give you the most information for selecting a new employee.

Know What You’re After
Before you start searching for the perfect candidate, you need to spend some time thinking about the job. Think about previous people who have held the position and what skills, knowledge, and personal qualities made them successful or unsuccessful. If possible, ask these people or their supervisors what factors contribute to being a good candidate for the job. Make a list of these factors and make sure that everyone involved with the selection process agrees that this is the criteria they are looking for.

“It is important that everyone on the team is on the same page with what the objective is and what the job entails,” says Jim Sullivan, the president of an executive recruiting firm called Galaxy Management Group.  “[Otherwise] a candidate will come in to interview with one person and then be asked completely different questions by the second person because the second person thinks the job is about something else completely.”

Ask the Right Questions
By using the criteria you have decided on, you can form pointed questions that make the most of your time with the candidate. Tom S. Turner, a Vancouver-based independent consultant who designs selection systems, uses a list of about seven to 12 criteria and develops four questions for each factor he is looking for. Two questions are positively worded, meaning they ask the candidate to speak about something he or she did well.  One question is negatively worded, meaning it asks the candidate to think about a time when they made a mistake and how they dealt with it. And the last question serves as a backup in case the candidate draws a blank on one of the other questions.

There are many different approaches to creating job interview questions:

• Fact-based or general questions: “How many years did you work at [company x?]
Most interviews include some questions that clarify information listed on the candidate’s resume. Questions that ask about why the candidate wants to pursue a job in a specific field or with your company also fall into this category.

• Situational or hypothetical questions: “What would you do if you saw a coworker stealing from the company?”
Asking the candidate what he or she would do if placed in a certain situation is a situational question. “It’s not a bad technique,” Whitaker says, “But a lot of people can answer those questions ‘of course I would do this and I would be nice to everyone,’ and a lot of people get fooled by those.”

• Stress questions: “Why would we hire you? You have no experience.”
Stress questions intentionally put the candidate in a stressful situation. The objective of these questions is to learn how the candidate reacts to stressful confrontation, which can be an important success factor for people like police officers and customer service representatives. Asking a question like this, however, can come at the expense of bad rapport. “If that was one of the success factors, being able to tolerate interpersonal confrontation, I would prefer to go after examples in their background by using a behavioral question,” says Turner, who has been hired to help design interview processes for police officers, firefighters, and paramedics. “I very seldom [ask a stress question].”

• Behavioral questions: “Tell me about a time when you initiated a project that resulted in increased productivity?”

The theory behind behavioral interviewing is that past performance is an excellent predictor of future performance. Instead of asking general questions, the interviewer asks for specific examples that demonstrate skills. For instance, instead of asking, “Do you have initiative?” the interviewer would ask for an example of a time when the candidate demonstrated initiative. Most behavioral interview questions start with phrases like “tell me about a time” or an adverb such as what, where, why, or when. “In actuality you’re not really asking someone if they have done something,” Whitaker says. “What you’re doing is asking them to explain to you how they have done it. So it’s very, very difficult to exaggerate or fake this interview.”

Another advantage of behavioral interviewing is that because the answers are based on actual past experience, they can be double-checked. This is where the crucial step of checking references comes in. “If you think they’re fudging the answer or fabricating the answer, you can always ask former employers that they’re saying they showed that behavior at whether it was true or not,” Turner says. He also uses references, or as he puts it “the referee,” to get the answers to negative questions (examples of when the candidate made a mistake) if the candidate doesn’t provide them.

Because they are generally accepted to generate the most accurate responses, most professional recruiters dedicate the majority of each interview to these type of questions.

Sullivan warns, however, that this technique might be difficult when evaluating people who are from other cultures or have language difficulties. Another challenge is that some people just don’t think well on their feet. This problem, however, can be somewhat circumvented by sharing the factors that are important for the job with the candidate before the interview.

There are some questions you aren’t allowed to ask. These include inquiries about race, weight, religion, citizen status, marital status, children, gender, and disabilities. “If you don’t ask all candidates, it’s probably some sort of discrimination,” Whitaker says. “And if it’s not specific to the job, [in employment law what is known as] a bona fide occupational qualification or BFOQ, in other words if it’s a question that has nothing to do with job requirements, most likely it’s discriminatory.”

How to Conduct a Job Interview: Interview Structure

Experts suggest that, if possible, more than one person interview each candidate. Essentially, their reasoning is that two heads are better than one. “When you have multiple interviewers, you’re looking for consistency of the answers, you’re looking for trends,” Whitaker says. “If different people ask about the same skills, then they can compare.”

Part one: Introduction
Set the candidate at ease with a couple minutes of small talk. Ask about the weather or traffic (but avoid questions about children or anything else that could be considered discriminatory). Ask some general or factual questions. Explain how the interview process is going to work.

Part two: Behavioral Questions
Most of the interview should be spent asking specific behavioral questions based on the criteria you have outlined.

Part three: Wrap-up
Give the candidate the opportunity to ask you questions. Describe what the next steps are in the process and when you plan to follow-up. Thank the candidate for coming in, and walk them to either the lobby or the next interviewer.
Consider adding a test
“You can improve your batting average in selection if you use the interview and supplement it with other selection methods,” Turner says. Depending on the job, supplemental methods could include a personality inventory, an aptitude test, a writing test, or having the candidate give you a presentation.

Have a Rating System

Inexperienced interviewers might be tempted to use the initial impressions that each interviewee gave them in order to compare candidates against each other. This is dangerous for several reasons. One is what Sullivan refers to as “falling in like.” You’re looking for someone who can do the job the best, not your next best friend. Failing to rate each criteria for each candidate before comparing candidates can lead to selecting someone who is amiable, but not necessarily right for the job. There’s also the risk of picking a candidate who isn’t qualified simply because they are the most qualified of those candidates that you interviewed. Without evaluating each skill against a standard, Turner says,” you might find yourself being pressured in your mind to pick the best of a bad lot instead of running the whole thing over again.”

An effective evaluation rates each candidate in each success factor and compares him or her against a set criteria. For example, you might say that you want a candidate who can type at least 50 words per minute. Other skills might appear harder to quantify, but Whitaker says that it’s just a matter of thinking about them differently. For a leadership criterion, for instance, you might set a standard of having managed a certain number of people or a project of a certain complexity.

Don’t compare candidates against each other until you have compared them against this standard. After this is done, all the interviewers can come together to compare notes and discuss selection.

How to Conduct a Job Interview: Tips for Success

•    Do your homework. Study the candidate’s resume before the interview. Sullivan also sometimes Googles names and checks LinkedIn profiles for more information.

•    Be nice. Use nonverbal gestures like smiling, leaning forward, and nodding your head to make the candidate feel comfortable. “The more comfortable they are, the more rapport that you can build that is positive between the interviewer and interviewee, and the more information you will get from the interviewee,” Turner says. And information is kind of the stock and trade of the selection process that makes decision-making easier.

•    Take notes. After several interviews, it’s easy to get candidates’ experiences mixed up. Make sure you write them down.

•    Use the whole interview to evaluate each criterion. Just because you asked a question that is intended to evaluate one factor, doesn’t mean that the answer to that question can’t be used to evaluate other factors on your list.

•    Don’t talk too much. “You can guide them to specific information you are looking for, but the candidates should do most of the talking,” Whitaker says. 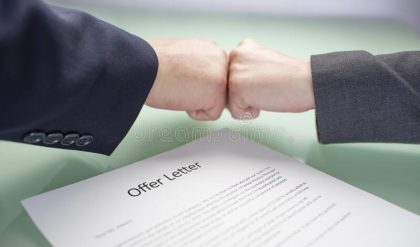 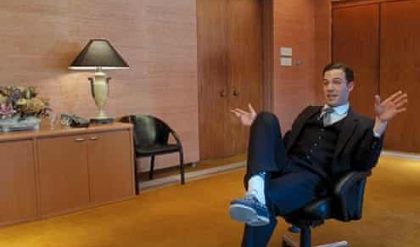 Do’s and Don’ts of Interviewing 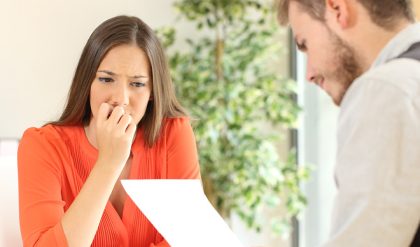 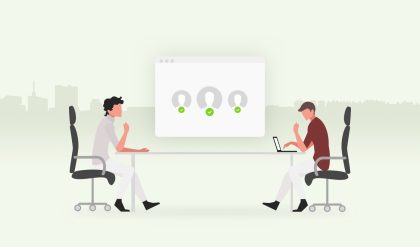 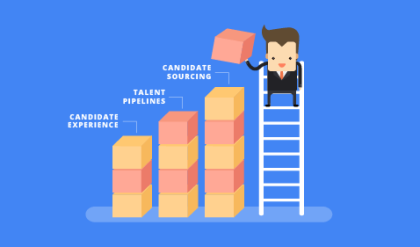