People all over the world have different etiquettes that they observe with respect to their culture and nativity. We have compiled a few interesting ones over here. You might find some of them amusing. However, the people who follow these etiquettes take them very seriously, and they should be respected.

●      Austria − Putting hands in pockets is considered to be rude among the title-emphasizing Austrians. They love using the titles with the last names and stick to the formal way of addressing people, as opposed to getting on a first-name basis with people in the first meeting.

●      Brazil − Brazilians are expressive people and do not observe strict rules on personal space. Just like Argentinians, they are comfortable standing close to you while speaking and do not mind patting people and holding their hands. Their way of conducting a business discussion is also informal with people liberally cutting into someone else’s conversation with no one minding it.

●      Russia − Kisses on the cheek exchanged between people of the same sex is acceptable and is a custom that is followed extensively. However, this should not give you the impression that you are going to receive a very warm welcome on your first meeting. Russians believe in slow burn and like to be acquainted with someone in their own sweet time.

●      France − French love the tag of being sophisticated people and listening to them speak, is like listening to a long, continuous, witty conversation. They put great emphasis on personal privacy; hence refrain from asking personal questions.

●      Germany − German women expect men to be protective of them and it is considered rude to chew gum in public and lose temper in public. German people love a conversation that is intellectual in nature, and are generally not very fond of jokes. They have a humorous side, though, which they expose only after repeated meetings with them.

●      Italy − Italians like to maintain eye contact while having a conversation. This is not only a sign of confidence to them, but also tells them that you are genuine and mean what you are saying. They are also flirtatious by nature and can stand quite close to you while talking.

●      United Kingdom − Using adjectives to describe things are generally, frowned upon, so conversations tend to be very polished and even. Prolonged eye contact is considered rude and personal space is given a lot of importance. Touching someone’s person is only reserved for family members.

●      United States − Americans like to maintain eye contact while talking and they are quite happy to come to a first-name basis during the first meeting itself. They tend to be more informal in their speech. However, they lay tremendous value on punctuality so never catch an American on the wrong side of the clock.

●      Argentina − Argentinians are very touchy when you use the “thumbs-up” sign with them as they consider it obscene and very offensive. Also, they tend to punch their left palm when they think what you are saying is unbelievable to be true.

●      Australia − Australians love buying a round of drinks for friends and generally, do not like splitting the bill. They are offended by the finger gestures of the ‘V’ sign and “thumbs-up” sign. Yawning in public is considered uncouth.

●      China − Chinese, on the other hand, refrain from touching and hugging in public places. They also do not appreciate people clicking and cracking fingers and pointing at them while speaking. Loud clothes and whistling is not seen in favorable light. Chinese, also, do not like discussing business while dining.

●      Canada − Canadians love the concept of personal space. Hence, they avoid getting very close with the person they are meeting. They tend to avoid hugging and touching people. It is very important to maintain proper body language while sitting down to have a business discussion with Canadians.

●      Japan − Compare that to Japan, where long-duration eye contact is considered rude and disrespectful. In addition to that, touching someone while speaking and not respecting their personal space is something Japanese don’t appreciate. 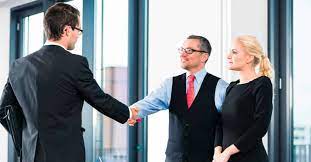 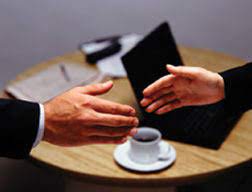 The 10 Basics of Business Etiquette 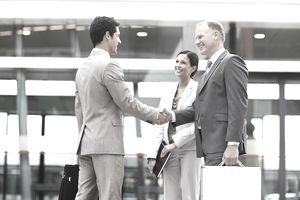 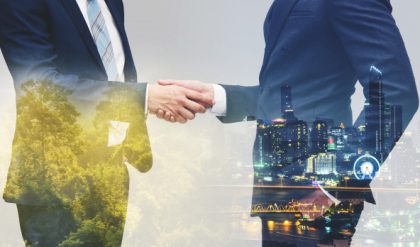 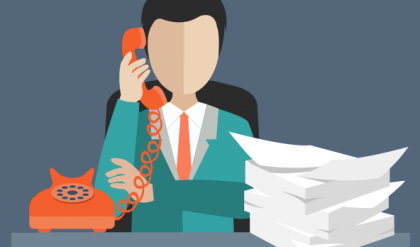 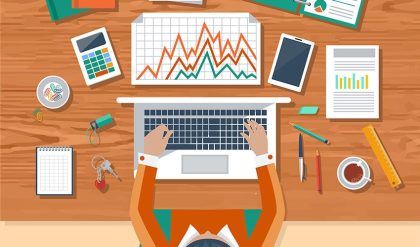 Elements of a Formal Email